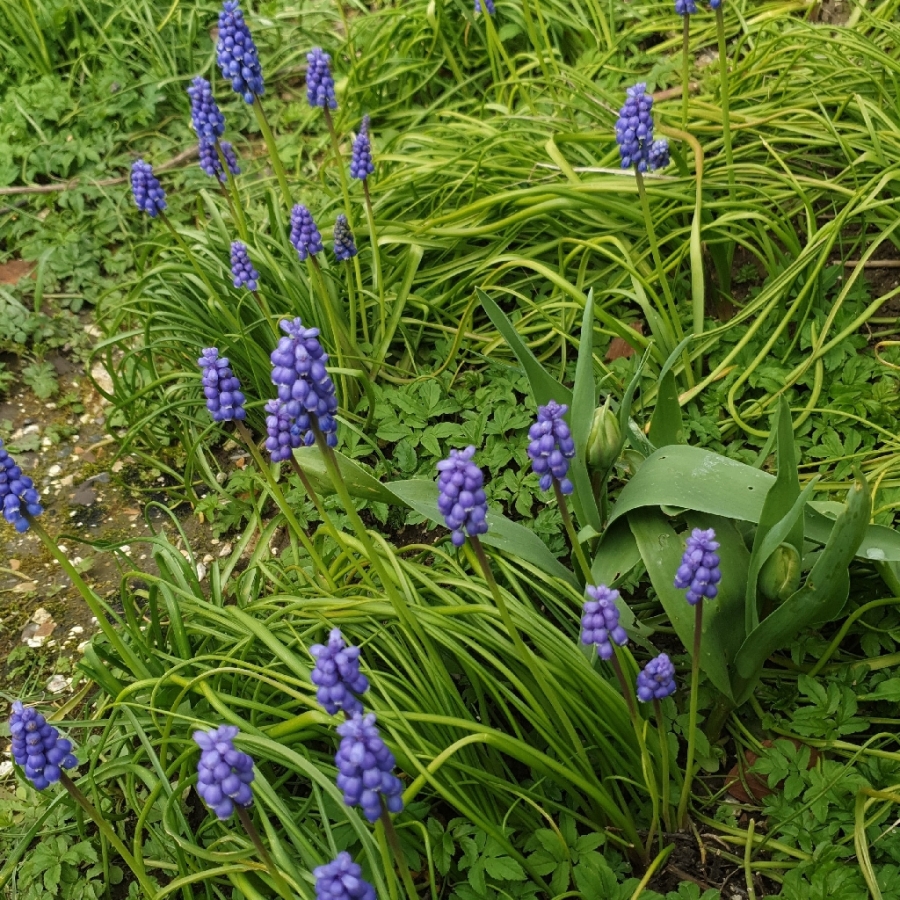 It was early morning as he sat out on his patio overlooking his garden on the outskirts of the city. Just where suburbia relinquishes her grip to the manifest countryside.
A mug of steaming hot coffee in one hand and a hand rolled cigarette in the other, he sat back on his bench and reflected on the new day.
A pale morning Sun cast pale rays of sunlight over his immediate vista.
The deep purple grape hyacinths were thrusting up through the towsled foliage left from the Winter months. The delicate yellow and amber flowers of the daffodils lining the borders of the limpid pond which rippled silently with insectile activity.
An aptly named quarrel of house sparrows land in a nearby bush, some carrying twigs or moss ready to to build their nests in earnest.
A pair of squirrels seemingly anxiously foraging in the undergrowth searching for past hordes.
The chatter and birdsong appeared louder this morning. Maybe because of the lack of human bustling in the neighbourhood or maybe an increase in excitement due to the nascent beginnings of Springtime.
He found a deep irony in the correlation of the outbreak of the virus and this time of year. This equinox was about rebirthing after all. Perhaps that was what was happening but on a global scale.
A human shift in paradigm from its largely narcissistic relationship with Nature and the planet. God knows, he thought, it was well overdue from Nature’s perspective. He felt humanity had moved to far away from it’s symbiotic origins in the mists of time.
Preoccupation with electronic gadgets, devices and novelty pastimes instead of an awareness of the beauty of the world and the preciousness of each living moment.
Perhaps something good could come out of all this.
A new moral order based on mutual respect for each other and our planet Earth. A society formed on the basis of trust, honesty and compassion instead of lies and self serving actions of many in power and those whom they rule.
Taking a large swig of his now cool coffee and a long draw on his cigarette, he exhaled the smoke into the morning air.
” Perhaps………” he thought.